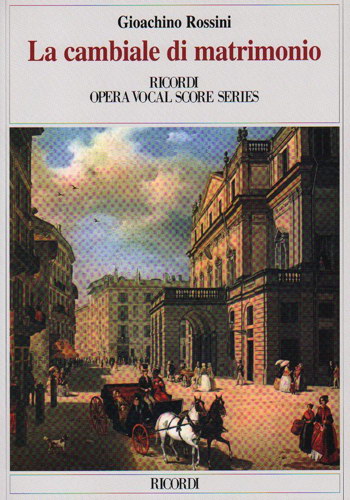 A bringer of good tidings of the morning that is challenging and exhausting is a fountain of real joy.  At he age of thirty seven, he stopped more writing and composing, inventing new dishes.

In Italian cuisine Bistecca alla Rossini (beef Rossini) composer’s music is as famous in the world. The cheerful music of the Italians has created innovations in the field of the Opera with Gioacchino Rossini. Italian opera composer. “Monsieur Crescendo” is known by the nickname of Rossini.

The first opera of the “The Marriage Contract” (La cambiale di matrimonio) was staged in Venice at the age of 18, and a fourth in the works opera “Tancredi” and “the Italian girl in Algiers” funny opera series and the fifth artifact with the opera gained a reputation.

Masterpiece the “Barber of Seville” (Il Barbiere di Siviglia) in his opera staged in Rome at the age of 24. Inspired by the fairy tale “Cinderella” (La Cenerentola) opera also the same year (1816) he wrote. A total of 39 he composed the opera.

Overture to the last opera, “Guillaume Tell” ballet music scene and was famous with the storm. Thirty seven year old he stopped composing opera. It was a very popular composer in his time. Part of the work are often staged today.

Trumpeter Anton’s his father and mother Renata was the opera singer, in 1792 Rossini was born. His father is arrested for taking part in the political conflict from the French Revolution in 1796. 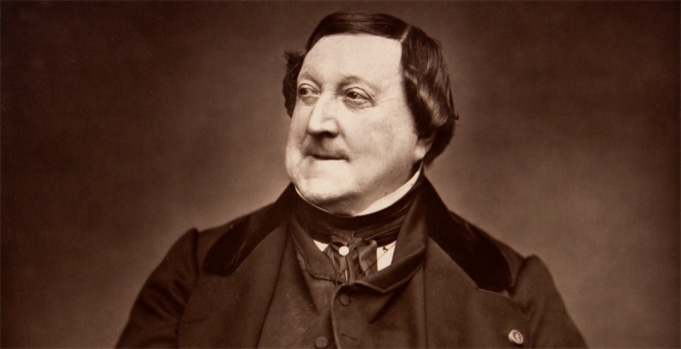 Her mother is forced to earn her life as a singer. Rossini takes keyboard lessons for 3 years, then works in San Angelo Tesei and harmony. By developing himself in the church started singing. The Philharmonic Academy of Bologna in 1806, enters. Mombelli family raised a lot of artists staged for the first time, “Demetrio e Polibio” named his first opera he writes.

His first serious Opera composed in 1810. Until the year of 1812 he wrote a total of five opera. As Italy’s greatest composer. Wrote the opera in Venice in 1813, named “Tancred” provides more recognition. During that time, “The Italian Girl in Algiers” composed the music for the opera is named.

The Director of the theatre of Naples in a year and write on at least two Opera Rossini himself made a contract with salary of 15,000 francs connects. An important achievement by supporting the work of the named Elizabeth earns and he called in1816 to Rome for the Carnival season on this success.

First in Rome, the opera does not succeed. After a short while will fail and secondly Almaviva in II Barbiere di Siviglia are replaced by. In the same year, he wrote Otello in Naples. He writes precious operas “Cinderella” in 1817, and in 1818 “Moses in Egypt.

Twenty eight year old he marries with Isabella who was she soprano singers Theatre of Naples. In 1822 he went to London to give concerts, including a performances. Concert tour lasts for 5 months. From there, introduce himself to concerts and goes to Paris. He was a music inspector and a king composer in the Italian Theater Directorate in France.

His triumphs started in Venice with the Tancred opera, ending in Paris with the “Guillaume Tell” opera. After this last opera, he left the opera writing at the age of 30 and the retirement is made.

In 1845 he was married to a music loving widow named Olmpe Pelisie for his first wife died. On November 13, 1868 he lost his life at passy near Paris. But 18 years later, Italy wants Rossini’s grave back and is handed over to the Italian government.

Rossini got caught up with funny operas. The most important works are Guillaume Tell, Tancredi, and Semiramide. Although Othello is Verdi’s masterpiece, Rossini’s Othello is worth listening. The stringed sonatas he composed in his youth show that he studied the works of classical composers such as Haydn and Mozart in depth.

Rossini was affected the Ottoman Empire. In Italy there are two important Rossini audiences: Donizetti and Bellini.

This site uses Akismet to reduce spam. Learn how your comment data is processed.

“These Ladies in the Dining Room” Henri de Tou

When one door closes, another window opens. . . .

One of Gaudi’s masterpieces, Casa Batlló is a b

The Casa Batlló (Batlló house ) is the most orig